This article describes how we can leverage uWSGI one of the first implementations of WSGI (Web Server Gateway Interface, to forward requests to the web applications )for python flask application. I assume the reader has a fair understanding of flask as the article won’t detail how you can write your flask applications.

Rest applications in python are very easy to write, but the problem arises when we have to choose a production-grade application server for hosting our webservice. Flask one of the most popular framework for writing python based web applications is not a prod ready server. Moreover, the problem with python threading is well known, which we should always try to avoid. I recently had the same situation where we were required to deploy a python based webservice that handles millions of records in a second from users spread across the globe. After doing some research we choose uWSGI as our application server in conjunction with Nginx.

uWSGI supports launching multiple processes of your application. You just need to mention the number of workers that you want to launch. uWSGI can listen to HTTP port but as we are using Nginx as our Web Server we will start uWSGI to listen to a Unix socket. The client requests will be entertained from Nginx which will route the requests to the configured socket endpoint of uWSGI.

So, what are all the configurations that we need to set to get uWSGI working?

The beauty of using uWSGI is you write your python application with flask without caring about how to handle requests at scale. You can just increase the number of processes running your application by a simple configuration change. UWSGI will detect all of the endpoints defined in the flask application and will route the requests accordingly.

The only thing that is left is configuring Ngnix to pass requests to the above-defined uWSGI socket. The bare minimum configuration would be

The Focus of this post is not to share the details for RAPIDS  but to detail steps to get started with it without many difficulties. The RAPIDS team has done a great job in compiling the Startup Guide. But, if you are someone like me who is very new to the world of GPU’s but got some decent experience in designing data pipelines then this post will help you very much in getting up and running using AWS platform .

These are the prerequisites mentioned on the Startup Guide.

Well,  I was not aware of most of these requirements and what they mean when I first started working on RAPIDS . To make it easy I have compiled these below steps –
Note:- You need to have AWS account in place for this, GCP and other cloud providers also provides support for machines required for RAPIDS but for the sake of this post I have selected AWS

Step2) Once you have selected the AMI, make sure to choose GPU instances in filter-by, else you won’t be able to run the docker image of RAPIDS as the NVIDIA CUDA®  framework requires GPU in place

Step3) Once the instance is up and running

And YA!! you got the jupyter notebook running which using RAPIDS to perform ETL and many other transformations. Follow Startup Guide for all ETL operations as the intent for this post was just to get RAPIDS  up and running using docker image.

For reference here is the cheat sheet for RAPIDS 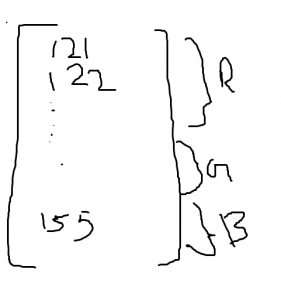 A few weeks back, our Elasticsearch cluster stopped executing any watchers. Doing initial analysis it looked like there is some problem with AWS SMTP service. As we use AWS SMTP for sending mail alerts to our LDAP accounts. After going through more logs and spending some time in understanding the sent mail statistics on AWS, thanks to AWS for providing intuitive UI to get insights of emails that are getting rejected. We were sure there is no problem with sending of email but something is wrong on the current master. Analyzing below log line it was clear that there is some issue with .watcher index.

In this blog post i want to share my experience and lessons learned while upgrading our ElasticSearch cluster from 5.4 to 5.6 with TB’s of data without any downtime.
To start, i would first like to introduce the play ground and rules that we were required to take care while performing cluster wide upgrade.